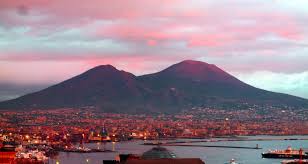 Mount Vesuvius (Italian: Monte Vesuvio, Latin: Mons Vesuvius) is a stratovolcano in the Gulf of Naples, Italy, about 9 km (5.6 mi) east of Naples and a short distance from the shore.
It is one of several volcanoes which form the Campanian volcanic arc.
Vesuvius consists of a large cone partially encircled by the steep rim of a summit caldera caused by the collapse of an earlier and originally much higher structure.
Mount Vesuvius is best known for its eruption in AD 79 that led to the burying and destruction of the Roman cities of Pompeii and Herculaneum.
That eruption ejected a cloud of stones, ash and fumes to a height of 33 km (20.5 mi), spewing molten rock and pulverized pumice at the rate of 1.5 million tons per second, ultimately releasing a hundred thousand times the thermal energy released by the Hiroshima bombing. An estimated 16,000 people died due to hydrothermal pyroclastic flows.
The only surviving eyewitness account of the event consists of two letters by

Tacitus .
Vesuvius has erupted many times since and is the only volcano on the European mainland to have erupted within the last hundred years.
Today, it is regarded as one of the most dangerous volcanoes in the world because of the population of 3,000,000 people living nearby and its tendency towards explosive (Plinian) eruptions. It is the most densely populated volcanic region in the world. 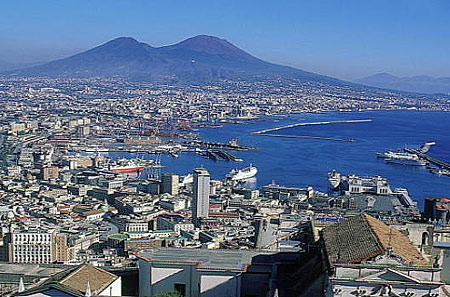 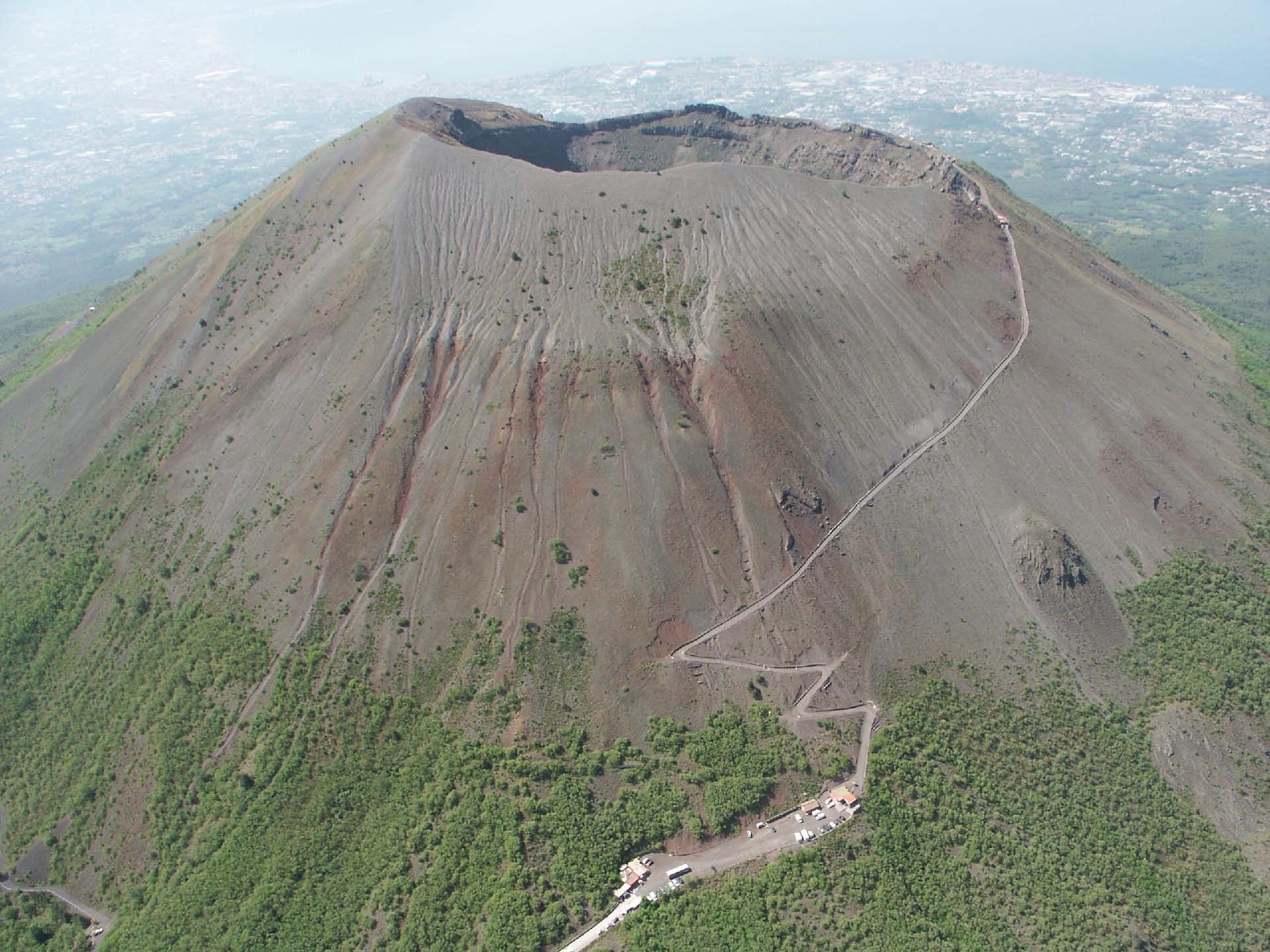