Campania is a region in southern Italy.
The region has a population of around 5.8 million people, making it the second-most-populous region of Italy; its total area of 13,590 km2 (5,247 sq mi) makes it the most densely populated region in the country.
Located on the Italian Peninsula, with the Mediterranean Sea to the west, it includes the small Phlegraean Islands and Capri for administration as part of the region.
Campania has an area of 13,590 km2 (5,247 sq mi) and a coastline of 350 km (217 mi) on the Tyrrhenian Sea. Campania is famous for its gulfs (Naples, Salerno and Policastro) as well as for three islands (

Procida ).
Four other regions border Campania; Lazio to the northwest, Molise to the north, Apulia (Puglia) to the northeast and Basilicata to the east.
Located on the Italian Peninsula, Campania was colonised by Ancient Greeks and was part of Magna Græcia.
During the Roman era, the area maintained a Greco-Roman culture.
The capital city of Campania is Naples.
Campania is rich in culture, especially in regard to gastronomy, music, architecture, archeological and ancient sites such as Pompeii, Herculaneum,

Velia .
The name of Campania itself is derived from Latin, as the Romans knew the region as Campania felix, which translates into English as "fertile countryside".
The rich natural sights of Campania make it highly important in the tourism industry, especially along the

Amalfi Coast , Mount Vesuvius and the 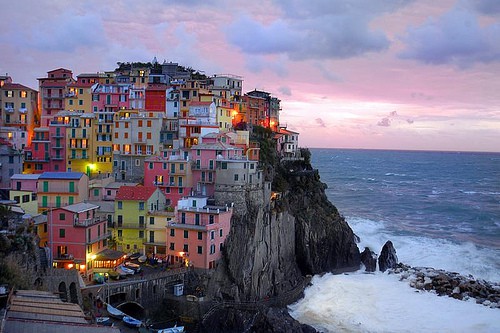 Useful Links and Informations about Campania